Year 7, Year 8 and Year 9, when pupils are aged between 11 and 14, the term also refers to the first three years of Secondary Education.

At the end of this stage, pupils aged 14 or almost age 14 — in Year 9 — are assessed as part of the national programme of National Curriculum assessment, based on on-going teacher assessment.

At ISCB, as part of the beginning of our students´ Secondary Education journey, unlike Primary, most subjects are taught by a teacher who specialises in that subject and will also be taught in highly specialised learning environments: Science/ Science Lab., ICT and Computing, Art, Design & Technology, Sports.

Our GCSE offer will support and strengthen access to our high quality A-Levels.

It is our main aim to help all our students to pursue and accomplish all their childhood dreams and aspirations, as well as accompany them in this adventure of developing their confidence to investigate and enquire, to solve problems and to take responsibility for their own learning.

KS4 comprises Years 10 and 11, when pupils are aged between 14 and 15. During this educational period students are working towards GCSEs (General Certificate of Secondary Education).

As in the previous Key stage, subjects are taught by highly specialized teachers. Some subjects are compulsory; these are known as the core and foundation subjects.

The core subjects are:

The foundation subjects are:

Schools will also offer a number of other GCSE subjects, and pupils choose which they’ll take alongside the core and foundation subjects in Year 9. They have to offer at least one subject from each of the following areas:

In most schools, students will take at least one GCSE from each of these categories.

In science, students may take single, double or triple science. Confusingly, this doesn’t mean they have separate lessons and take separate GCSEs in biology and/or chemistry and/or physics. Rather, each GCSE incorporates all three subjects: so double science counts as two GCSEs, and triple science as three, with the teaching time increasing proportionately. It’s common for only the brightest students to take triple science.

Each GCSE result in English, maths and science is worth two GCSEs in other subjects.

We would like to make the admissions process as easy and straightforward as possible. Please read on for information that will help you in the process of applying and registering at ISCB. Fill in this simple contact form, which will allow you to get in touch with us quickly and comfortably.

APPLY FOR A PLACE

Making bracelets in the Forest 🌿🌸. We love t

Today, our students learned how to use a dictionar

Today, we have created our own paintbrushes 🖌 w

Find out more about International School Costa Brava or get in touch with someone who can answer your queries?
Please contact our Admissions Office or fill in this simple contact form to get in touch with us quickly and comfortably.

See teaching and learning at International School Costa Brava?
Please schedule a personalised visit, the perfect way to discover that ISCB is the school for you! 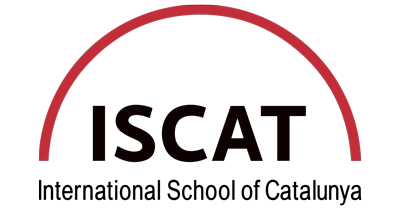 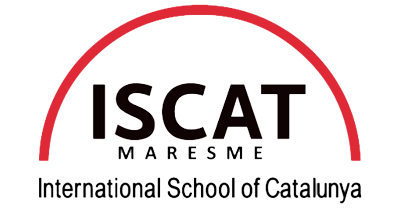 This website uses its own and third-party cookies to improve our services and show you advertising related to your preferences by analyzing your browsing habits. To give your consent to its use, press the Accept button. More information
Settings Accept

· Necessary to navigate this site and use its functions.
· Identify you as a user and store your preferences such as language and currency.
· Personalize your experience based on your browsing.

· Third-party cookies for analytical purposes.
· Show personalized recommendations based on your browsing on other sites.
· Show custom campaigns on other websites.